So I just saw Room.

And though Brie Larson won a deserved Best Actress Oscar for her performance as Ma/Joy Newsome, I have to say it’s little Jack, played by Jacob Tremblay, who stole my heart.

It was a combination of the writing and direction, and the way Tremblay tapped in to the emotional (non) complexity of a little boy content in his Room, scared and confused when he’s forced in to the vast world beyond it, and slowly opening up and adapting to it, as kids do. 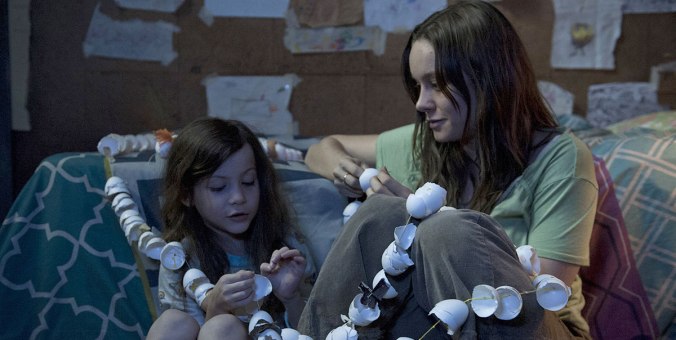 One of the things that struck me was how the writers got that children accept the world they’re born in to. They don’t know any different. And so Room is the world, egg snake is a friend/pet/toy, and everything they see on the TV is make believe. It reminded me of conversations with one of my nephews (perhaps the most imaginative and naturally poetic of them) about what’s real and what isn’t – of how we’d be watching a cartoon and he’d want to know if they were real. Jack wondered the same thing about Dora the Explorer when Ma started to introduce him to the reality that the world was not the world as he’d understood it, as she’d defined it for him. 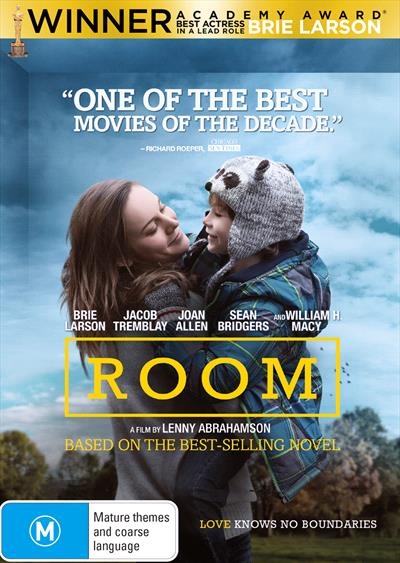 Okay, a little back story if you haven’t read the book or seen the movie, the reason why Room is the world is because Joy and Jack are captives there, held in a garden shed by Old Nick. Joy had been there seven years by the time the film started (which put Larson’s character at about 24 years old) and Jack had just turned five. We’ve seen Old Nick on the news in real life (the Ariel Castros and Philip Garridos of the world) – a variation of the nondescript guy who holds a duped child captive for years in an improbable space for a baffling length of time. Every time we see one of these stories, we are like Jack, discovering that the world as we know it doesn’t make any sense.

The actor playing Jack was so effective, he pulled reactions from me with his playful exploration of his room, his tantrum over his lack of birthday candles (not aware, in the way children never are, that his mother is hanging on to her sanity by a thread), his sneaking out of the closet he’s supposed to stay in when Old Nick visits (i.e. comes to rape his mother – though he doesn’t understand that that’s what’s happening) lured by the chocolate he knows is there, his initial rejection of her revised story of the world, his tentative acceptance of it, his fear and frustration as he practices the escape plan, everything. My heart was in my hand as I lay in the back of that pick-up with him willing him to remember Ma’s instructions. He didn’t get it quite right but he did enough to get somebody’s attention and get the police involved – and that scene with the police officer as she tries to make sense of the little information he’s able to give her is one of my favourites.

When the perspective of the film widens, it becomes more standard fare, the perspective not quite as tight and whimsical but in Jack’s silences and his wide-eyed searching and yearning, in the way nothing quite makes sense to him anymore, in the bond between him and his mother, I remain linked to the story and stay rooting for him and his mom to make it back to healthy.

Room is worth seeing (but grab a tissue and maybe a hand to squeeze during that escape sequence). It explores without needing to provide definitive answers, what is real, how do you survive the impossible, and proves the adaptability of the human spirit.

Since we’re here, other movies I’ve seen recently include Zootopia (funny if a bit predictable); Deadpool (hilllllarious!); Moonlight (sublime, poetic, timely); Loving (quiet, powerful, touching); Rogue One (which, though I’m a total Star Wars fan girl, I liked more than I expected to); Arrival (which didn’t hook me – ahem I might have fallen asleep – but kudos to Amy Adams for anchoring it, she’s always good); and Hidden Figures (seriously, where’s Taraji’s Oscar nomination?).

There. Mostly caught up ahead of the Academy Awards.

How about you, what have you watched recently?

And are you caught up on my books  yet?

Other movies reviewed on this site are: Bazodee, Birdman and Foxcatcher, Creed, Queen of Katwe, and Spotlight.

2 thoughts on “Room and Other Movies”