The African American Literature Book Club, which has featured me and my books in the past (thanks to them for that), has asked me to remind readers and fans in my network about the open poll (yes, remind, because I’ve plugged it before so I hope you’ve already voted. I have!).

The poll is for Your Favourite Black Author of the 21st Century. They noted in their email to me that so far it’s been pretty US-centric (and though I did remind them that we in the Caribbean claim Haitian-American writer Edwidge Dandicat and I think Nigeria would have something to say about America’s claim to Chimamanda Ngozie Adichie), I do think we could mix it up some more. That said, I can’t argue with the names currently in the lead; people like…

and whose book Sugar I reviewed in my Blogger on Books series. She’s cool people and a damn talented writer.

Chimamanda, of course, who from her TED talks to books like The Thing Around Her Neck (also reviewed on Blogger on Books) and, sadly, still on my to-read list Americannah, stays being thoughtfully and fearlessly provocative.

Edwidge Dandicat whom I fear meeting for the ways I would embarrass myself gushing about The Farming of Bones and Create Dangerously (also reviewed in Blogger on Books) especially, but all of her writing, really, including her short stories, which I’ve blogged about in my series spotlighting female Caribbean writers of short fiction. 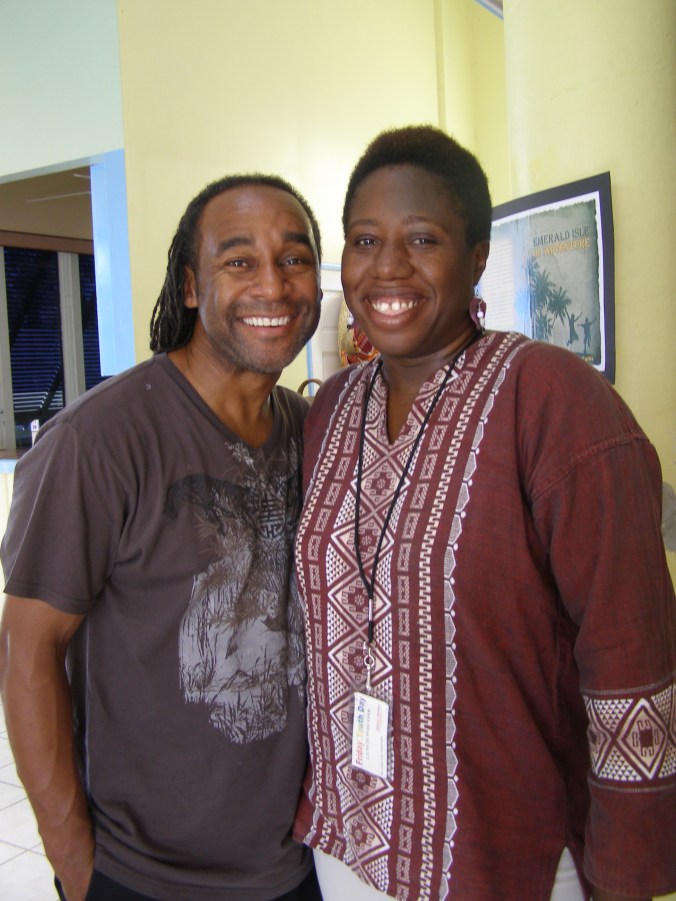 Tananarive Due whose The Black Rose I’m currently reading (as I mentioned in my last Sunday Post) and whose short zombie film you should check out if you haven’t already.

(which I mention, yes, because I love zombie stories so much I’ve even written my own – Zombie Island, published in Interviewing the Caribbean).

Terry McMillan, the goddess of contemporary African American lit with books like Waiting to Exhale (love) and my favourite Disappearing Acts.

Toni Morrison before whom we all bow down with our unworthiness (my personal recs are Jazz, Sula, The Bluest Eye, Song of Solomon…actually, read them all; she just stays being complex and challenging and interesting and essential).

And others; 12 in the lead so far…and much as I love these writers (respect to the ones I haven’t yet discovered), I agree with AALBC, let’s mix this up. So, here’s where you go to vote.

Do these lists matter? Who cares, go and show your faves some love. It’s a write-in vote so you get to push a writer you think everyone else should be reading, and that’s one way to show that writer some love.