Doing this week’s Top Ten Tuesday (my first in a long while), I realized that there are nearly 1000 books on my books I’d like to read list (woiiieeee!) and that’s not counting the ones on my bookshelf nor the ones by my bedside (i.e. the ones in progress which I can barely find time to read). *sings* To Dream the Impossible Dream!

But I doing this anyway, well halfway, because I’m doing the back list of books I’d really like to get and read (so I don’t have them yet). Sorry for breaking the rules but it’s what I can manage right now. 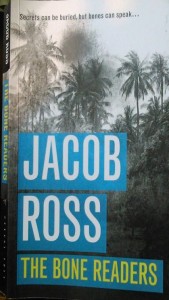 The Bone Readers by Jacob Ross – I read an excerpt from this in an editing workshop a couple years ago and then this summer had the opportunity to do a writing workshop co-led by the author; I’ve also had some mentoring from him and had stories edited by him. So for all those reasons he’s on my radar but this book is a Caribbean mystery and I haven’t read a lot of those, so for that alone I am in.

An American Marriage by Tayari Jones – This is an Oprah’s book club pick and was on Obama’s summer read list. But that only confirms what I’ve known about this writer since reading Silver Sparrow (instant favourite!). Been eager to read this one for a minute.

The Girl from Everywhere by Heidi Heilig– I don’t remember what this is about to  be honest, but I found a note to myself that said I started listening to the audio book and found I couldn’t focus which is a problem for me with audio books which I only started trying this year (so far only completing Trevor Noah’s Born A Crime, Angie Thomas’ The Hate U Give, World War Z by Max Brooks, and Shirley Jackson’s The Haunting of Hill House). 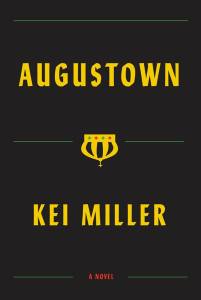 Augustown by Kei Miller – I’ve been mentioning this one and mentioning it; still haven’t gotten to it. But bottom line is I’ve read 2 or 3 books by this Jamaican author, loved them all, and I do think he is one of the voices of our current generation of Caribbean writers.

Citizen by Claudia Rankine – every excerpt I’ve read from this has fired my interest and in light of ongoing conversations on race, it feels especially timely.

The Repenters by K. Jared Hosein – I’m falling behind on my reading of this Trini writer; he’s won some more awards and published another book since releasing this one, probably more before I get to it. I best hurry up. Been wanting to read this one since it dropped.

Everything I know about Zombies I learned in Kindergarten by Kevin Wayne Williams – zombies plus the title amuses and intrigues me.

The Wolf Gift by Anne Rice – When the Queen of the Vampires (love her Vampire chronicles) writes lycans, I’ve got to at least check it out. 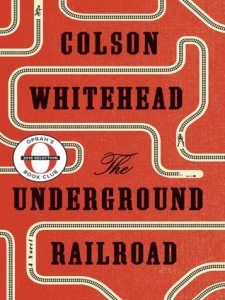 The Underground Railroad by Colson Whitehead – Don’t know a lot about this one but been interested since it won its parcel of high profile awards and popped up on my radar. 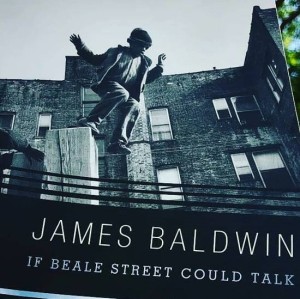 If Beale Street Could Talk by James Baldwin – love Baldwin, love that he’s having a resurgence; would love to re-read this one without seeing the movie by Barry Jenkins whose Moonlight was sublime and poetic.

While you’re here, the latest updates to the site (probably of a little less interest to my non-Antiguan-Barbudan readers, but I hope not) are three new entries in the CREATIVE SPACE series. Start here.

Also new to the site, an addition to the Books page: the Spanish edition of my most recent picture book LOST! A CARIBBEAN SEA ADVENTURE: ¡PERDIDA! UNA AVENTURA EN EL MAR CARIBE.

Oh and real quick (since I’m unlikely to do a separate post for this and it’s all arts), recent watches are (movies) Sorry to bother you which is a satire about capitalism and which was trippy, and 22 July a film about that mass terrorist incident in Norway a few years ago, which was unsettling and sad, both very timely in their own ways; and (TV) despite what I said here, I have been watching The Walking Dead as appointment TV again this season – sad about the departure of Andrew Lincoln who was Rick (his last episode was an emotional roller coaster), and I expect I’ll be checking in from time to time with The Evolution of Hip Hop season 2 – I’ve only seen ep 1 so far but I had been anticipating more in this series since discovering the first season. Hard to believe the hip hop I grew up on is now music history. Time keeps on ticking, ticking. What have you been watching? dying to read? blogging?

Haven’t checked out any of my books yet? Children’s picture books to teen/young adult fics to adult novels; read more. If you’ve read my books, please consider posting a review to Amazon or Goodreads if you haven’t already done so. It makes a big difference. Thanks! For information on my writing and editing services, here’s where you go. – blogger, author, mango lover, Joanne C. Hillhouse