After viewing, go back to the Main Appearances Page here.

I was in the kitchen with Erna Mae and Spliff (February 2013) cooking up Antigua and Barbuda’s national dish fungee and pepperpot. Pepperpot is one of my favourite things; it’s in the book (Oh Gad!) and in my belly as often as I can stand it. I’ve never had it with fungee (in my household these are two completely separate meals) so that was a first for me. Cooking the fungee was also a first for me. As I’ve said, my mom was the one who shared her secrets for the book and she was as shocked as anyone to see me actually trying a thing in the kitchen…these quintessential Antiguan and Barbudan meals take some skill and know how.

I’m no expert but it all turned out okay in the end and I had a good time. Here are some highlights… 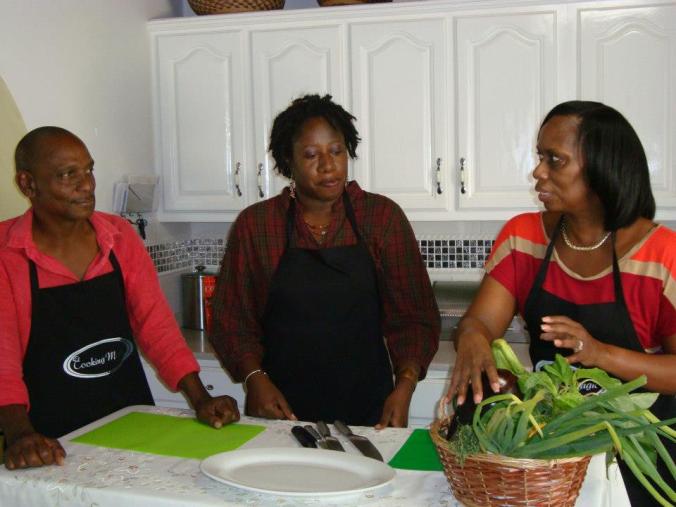 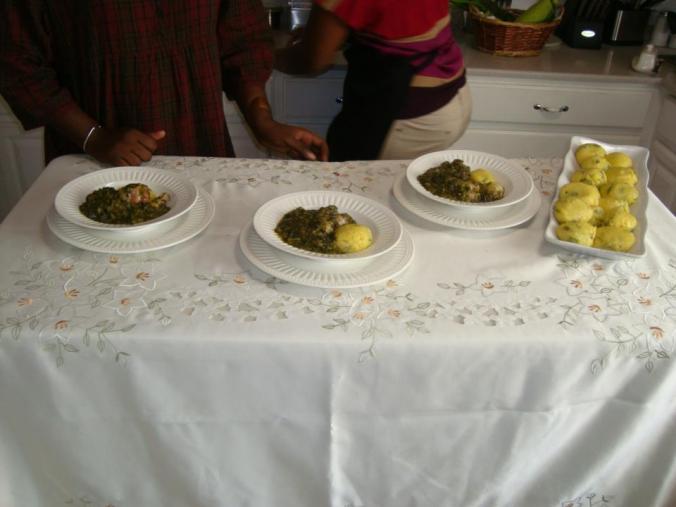