Some of these images can be found elsewhere on the site but will add them here in one handy post. 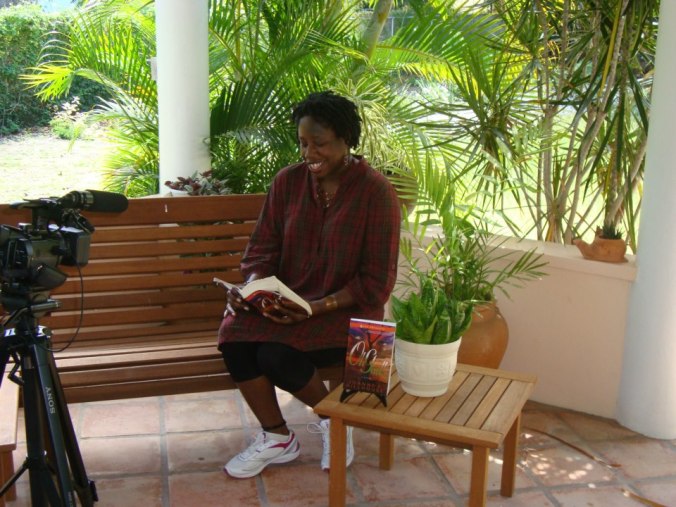 This was my first of two appearances on Antigua and Barbuda’s premier culinary show Cooking Magic  – which should amuse anyone who knows how many times I’ve burnt water. Around 2012-2013. Things I no longer own from this picture (at the time of posting here in 2017) include those sneakers, my blackpower band *sniff* that I’ ve worn on my leg since my teens, the necklace and probably those earrings…I lose about half of every other earring at some point. 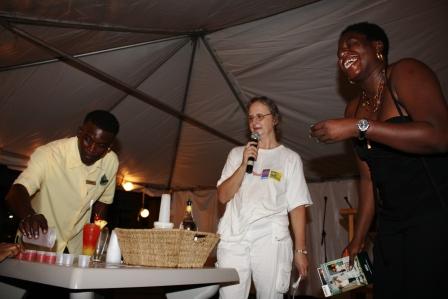 Bartender Zugan serves up his Moonlight Samba – a Dancing Nude in the Moonlight inspired drink showcased at the Moonlight Street Festival, a celebratory and promotional event organized by the Best of Books in 2008. 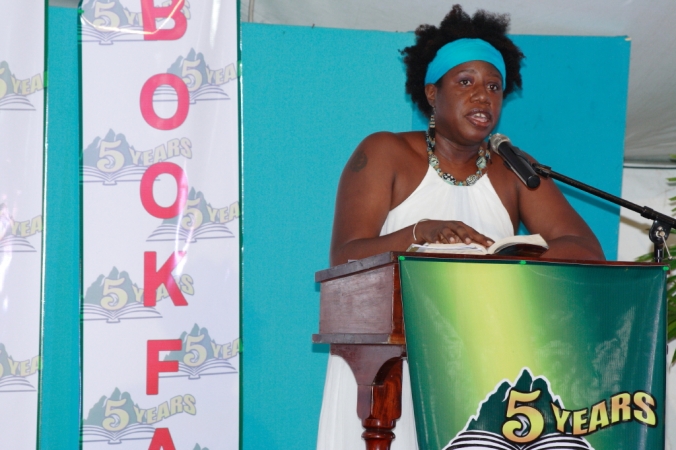 Reading from Oh Gad! which had just come out at the Nature Island Literary Festival in summer 2012. I also shared De Pan Man and Ah Write, I believe. 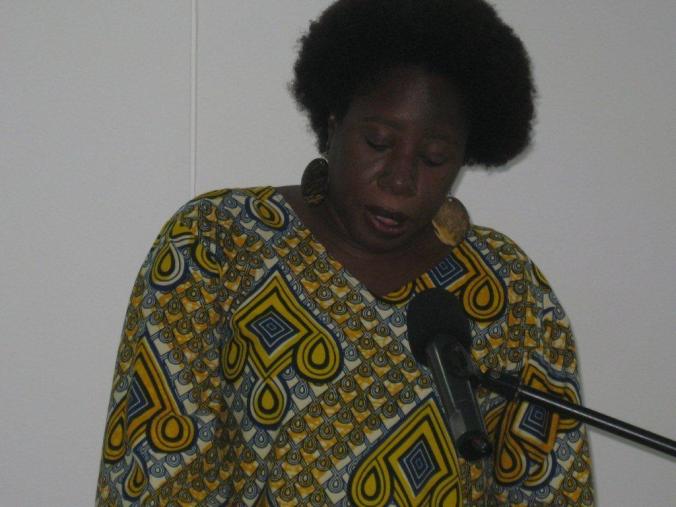 2012. The Association of Caribbean Women Writers and Scholars conference in Suriname. Invited as a panelist, speaker, and reader.

See also launch galleries for my various books including The Boy from Willow Bend, Dancing Nude in the Moonlight, Oh Gad!, Musical Youth, With Grace , and Lost! A Caribbean Sea Adventure.