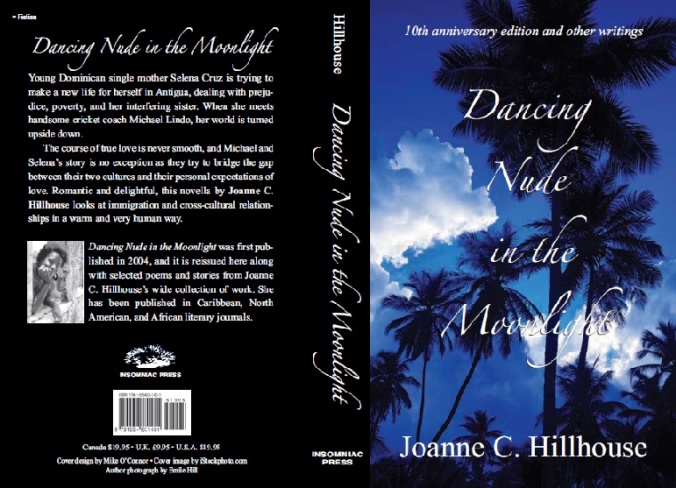 This edition of CREATIVE SPACE hits close to home – not just because Antigua is Home was the theme of the 2019 Independence Fashion competition; but because this young woman right here, the winner! winner! winner! Nicoya Henry is the oldest of my nieces and nephews and we are all both proud of her and happy for the doors this win – especially the scholarship she nabbed as part of her main prize – will potentially open for her.

The Independence Fashion competition – part of the line-up of arts activities (minus literary arts) organized by the Festivals Commission for Independence season – was held on October 27th 2019.  With some minor critiques, it was overall a good show – though the acoustics at the Multipurpose Centre were not ideal for the video introductions and theatrical touches incorporated in to each  of the 15 competition presentations. But this article isn’t about the show.

It is about this young woman right here and her creative vision.

“I’m happy, I’m excited, for some reason I’m still nervous, I’m still a little bit emotional.” That’s how she responded the morning after the show during the on-the-record part of our conversation (her off the record answer was similar, give or take a tear or two). “Watching over the video, I started crying again,” she said. Anyone who has ever wanted anything as much as she wants a career in art and fashion, and has put as much work as she had in to her presentation (including designing and making the piece, serving as her own fitting and runway model, writing the poem that set up the piece, going through many choices to pull the right music, Todrick Hall’s No Place like Home, and so on – though she did hand off the theatrical direction of the presentation to Kadeem Joseph) will understand the emotional roller coaster she describes. Especially when one considers that she had at the point of our interview not slept since before the night before the event (because, nerves).

Anyone who saw her walk the catwalk might side-eye her claim of nerves, until you understand the switch that goes off when her heeled shoes hit the stage, the silence in her head with each purposeful stride – as a veteran of catwalks from Caribbean’s Next Top Model in which she was a top finisher to shows in New York during Fashion Week, St. Lucia during the Jazz festival to right here in Antigua (notably her debut several years ago at the Independence Fashion Show).  “Right before the stage, I just get extremely nervous but when I get on the stage, it’s like this is where I belong.” Add to the usual nerves, the challenge of stepping on to that stage to model a haute couture dress she designed and constructed …for competition; yes, there were nerves. In the end though, “I’m happy that my vision came to life.”

So, what was her vision?

“I wanted to show Antiguans that there is no place like home”, she said, a concept she summed up in the words paradise, tranquility, and family and friends.

“People come here all the time for our beaches,” she said. So the beaches were something she tried to capture, hence the blue and white colour palette. But she wasn’t just going for the visuals. “I wanted to bring the element of sound to my piece,” she said. “If you saw my design in a room (by itself), I wanted you to hear the waves crashing on the shores…that’s why I did the ruffles on the bottom (and the peplum at the waist).” And if she has a regret re the execution, apart from the fit of the top (which she felt could have been better ), it’s a desire for more tulle for a fuller skirt.

You might think the fit was fine but self-critique is a marker of someone who wants to be better even at their best and I think any of us who create can relate to this. Anytime, V. has shown me a sketch or a completed work, she’s almost always self-evaluating and adjusting in real time – such was the case when she showed me the early sketch of her final show piece which as she said evolved from its original idea in the process of making it.

In that process, there were a number of details that may have been lost on the audience but which the judges would have had the opportunity to see in the preview showing when they examined the pieces and spoke with each artist.

One of the things Nicoya said she wanted was to be “unexpected” and she was that.

The wow element in her presentation came during the swimsuit reveal, an element that makes sense when you consider that that’s been her niche since she’s been trying her hand at design. “I’m a swimsuit designer,” she said. “I’m doing a gown to challenge myself…In my head, I did not want to enter just to win; it was about pushing myself to do something out of the norm.” The butterfly on each side of the swimsuit, bring the two pieces together thematically.  The swimsuit is nude with rhinestone pieces, each representing a memory, hand-placed for the desired effect.

This is not Nicoya’s first fashion design competition nor even her first win – her swimsuit won at Fashiontastic, she’s won the Courts Fashionista Competition in which she had to design a piece inspired by an in-store furniture item – but this was perhaps her most challenging. She lists among her challenges time management and finding the exact fabric type and colour to match her vision (even with each designer being credited EC$1000 at a local fabric store – with her spending an additional EC$500+). Not being able to match the colours exactly, however, turned out to be a happy accident. “This could work,” she thought to herself then, because as she said “our sea is not one colour.”

She had to learn as she worked – how much fabric was not enough fabric, how to shape the fabric to fit her (that was one of the bigger ones, and can you picture her in front of her standing mirror contorting herself and trying not to prick herself as she adjusted and pinned the dress, to make it fit what she describes as her “unusual shape”).

“I didn’t want to model my dress,” she said – but that in the end also turned out to be a happy accident as it’s hard to imagine anyone showing the dress to a more uproarious impact.

The impact Nicoya hopes to have beyond this moment is that of any 25-year-old with a dream – greatness. Will celebs be wearing her originals someday at the MET gala – a girl can dream. She certainly approached the presentation of this fantasy-inspired dress with the imagination and precision she’ll need to work at that level.

She’s excited about the cash prize (EC$5,000), the steamer (which she always wanted), the sewing machine, and other prizes, of course, but she admits that the scholarship could be a game changer. “It’s a wonderful opportunity for me to really develop and learn. I did clothing and textile in school, but most of myself and my technique is self-taught.” It’s also, though, about helping her figure out her path. “I know what I want to do but what is it that I’m going to be,” that’s what she wonders – especially as her international runway dreams slipped down the list of priorities as she aged up (a model’s career span is often even shorter than an athlete’s) and as nepotism models became the new it-girls making it even harder for an island girl to break in.  “I don’t know where in the fashion industry is my real calling,” she said. “(I’m) seeking to find where is the right place.” She’s hoping this opportunity will help her find the answer to these questions even as she develops the skills and creates the network she’ll need.

“It was worth it,” Nicoya said, in the end, of the challenges and ultimate triumph of the Independence Fashion Competition, as she begins to make plans to head off to school in 2020.

This opportunity-to-sponsor post is part of the online edition of my culture-and-arts-focused CREATIVE SPACE series. While CREATIVE SPACE as a brand dates back to 2009 when it was published in a regional inflight magazine, the online series has run in this space beginning in 2018, and through a syndication relationship with Antiguanice.com reaching thousands (potentially hundreds of thousands) more. I have plans for the growth of this series. My background is in both journalism and creative writing, and this series is a natural extension of my passions and my expertise. It’s an opportunity to provide even more coverage for the arts which are too often overlooked. The series’ continuation will be dependent on financing which is why I’m asking companies in Antigua and Barbuda to embrace this advertising opportunity – boosting their brand while boosting local art and culture. So, if you wish to support Antiguan and Barbudan art and culture while advertising your brand across potentially multiple online platforms, contact me.