If you would like to be featured or to sponsor (i.e. advertise with) a future installment of the jhohadli.wordpress.com online edition of CREATIVE SPACE, BOOSTing your BRAND while boosting Antigua-Barbuda Art and Culture (contact Joanne)

“What’s next? What’s next?” Arianne Whyte-Hodge asked her online audience playfully before slipping in to the musical melancholy of Cyndi Lauper’s Time After Time. It was the last Wednesday in May and ‘80s night’ of her then five week old Sip ‘n Stream Facebook Live (from her home) concert series.

It’s not a stretch to imagine Arianne, a fulltime singer, and her husband, whose work is also dependent on tourism traffic, asking “What’s next? What’s next?” when Antigua and Barbuda shut down in response to the global pandemic taking her overnight from nightly gigs to nothing.

“I was kind of numb, worried, because you know I just had another baby, plus we just had a new home, so it was in the gut,” said the mother of two.

With so many people stuck at home, a number of international artists found their way online with live DJ sets and battles. Initially, it was just a way to cope with the uncertainty. Artists are, of course, used to uncertainty even in the best of times, and this wasn’t the best of times.

So once Arianne had calmed her mind and prayed, inspired by another Caribbean songbird, Heather Headley, she went online to make music. “I said, you know what, maybe I should use this time to give somebody hope even though I’m down myself.”

Arianne’s national debut as a child among seasoned performers in the Caribbean Broadcasting Union’s song contest and the numerous pageants (Optimist Petite, Hal Jackson, Carnival Queen) that followed were far in the rear view. Her sole CD, The Music in Me, was 10 years old. 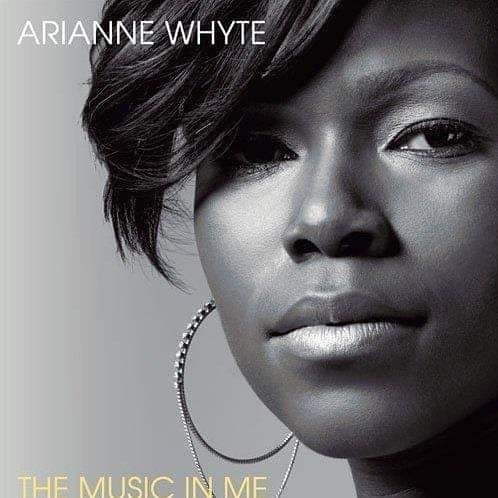 Sip ‘n Stream  was an opportunity to re-introduce herself.  “I thought of people who would stop me and say do you still sing.”

Even glammed down, unplugged, and, in her own words, “very tentative, (wondering) should I do this” sitting in her daughter’s bedroom, there was no question that she still had the pipes. In quick time, the Live took on a more professional veneer with themed nights (e.g. movie night), planned song sets, lights, standing mike, wardrobe, make-up., and that voice – still rich, and sweet, and agile (gliding effortlessly from pop to vintage, soca to jazz). 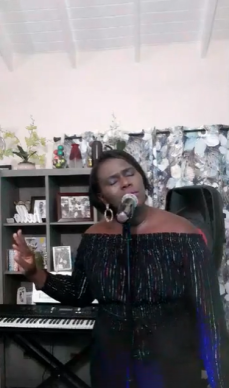 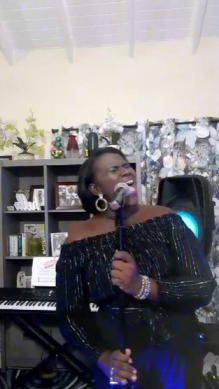 It’s worth remembering, as we enjoy this free music, that Arianne was scouted at age 22 by the owners of the famed Lee Strasberg institute while performing at Curtain Bluff hotel. The year was 2006, she was a bank employee and singing was her side hustle. “I was going to go and study banking,” she said. Instead she found herself accepting a scholarship to go study the thing she really wanted to do in New York.

After three years at the Institute, a gig on Guiding Light, a film, other showcases, and more auditions than she cares to remember, Arianne returned home.  She didn’t pack up her dreams; they were in her luggage along with every bit of technique and hard earned lesson. Since then, she’s been finding a way to be an artist away from the lights of Broadway.

“I’ve been doing this since I came back in 2011 and I’m still doing it,” the songbird said, while acknowledging, “I’ve had a lot of obstacles along the way.”

For an artist in Antigua and Barbuda, the biggest obstacle can be one’s own self-doubt, egged on by the naysaying of others “(who) make you feel like there is something wrong with wanting to be a professional singer, with wanting to make that your bread and butter.”  Then, there are those who deem you a failure for being back at all – “you didn’t make it.” There is still doubt, there probably always will be, but she gets to sing which was what she wanted to do all along. “I consider it a different type of success. (Besides) I still think I have so much more to do.”

More, right now, means a new platform for sharing her music, and, as it happens, new music. “I’m writing again and I want to get back in to the studio… it’s fueled my confidence, my drive, my passion, and want to make my mark and make a difference.”

Arianne’s growing fan base has been showing up every Wednesday at 9 p.m. “I didn’t expect it to grow this much.” But it has, and now the challenge is to adjust her business model to this new reality.  Twenty 20 has brought urgency to the question of how are our artists doing with no work, no stimulus, no arts endowment, none of the things that have been lacking for true arts development before now. From the business community to the community, there is opportunity, always, to demonstrate that we don’t just love the art but value what the artists do. How does that look in this moment?

These are larger questions. As for her particular journey in this moment, Arianne is still figuring it out – not least of which, how to capitalize on this renewed interest in her music. But, having found a platform to do the thing she loves, she’s clearly enjoying every minute of it.

That Arianne was a runner up in the 2005 Carnival Queen competition. She sang a song by Celine Dion for her talent. “I kind of like pageants,” she said. “It can open doors.”

That she sang ‘I’m No Fool in Love’ (a Christian song) for the CBU’s song contest as a child, representing Antigua and Barbuda on the regional stage.

Arianne on how she got started

“I come from a family of singers. My mom’s the choir director in the Moravian Church, Glory Alley Choir.” As a result of being around all that music, she was 5 or 6 when she had her first solo in church. When the Anglican Church had a competition, she was submitted and a life in music was born.

“Tanny Rose approached my mom,” she said after checking with her mom. It makes sense as Rose would have been in charge of the national broadcasting station at the time, which would have fed in to the CBU. Of the actual event, Arianne said her memory of it is “very vivid, I remember the dress I wore, the red dress, I remember getting my hair done, the sponsorship I got (from) Benetton, I remember meeting all the other contestants (one of whom was future soca queen Alison Hinds with duet partner John King).”

“Set up funds that (we) can have access to…more opportunities…more respect…people don’t take us seriously…more support in general. If we have a show, support.”

Arianne on being an Artist in Antigua and Barbuda

“When I came home, I only had one gig for a long time.” That built to nightly gigs plus one-offs. “I am my own booker,” Arianne said, noting that her bookings have been mostly due to “word of mouth, reputation”. Asked if she ever loses faith in the journey, she admitted that “there are times when I kind of give in”. She mentioned in particular, 2017, the year of the hurricane season from hell. “We travelled that year…I had my one (or first) daughter…we got caught in Miami, the hotel closed, I wasn’t working, used up my savings, (asked myself) do I have to go and get me a job-job.”

Arianne on Being an Authentically Antiguan Artist

“Because I don’t do a lot of soca, some people don’t consider me a real Antiguan artist,” Arianne mused. But she is, and has a soca hit in 2006’s Apple of My Eye to prove it. “I love soca, I support soca artists, but I have to stay true to me,” she said.