The Girl from Everywhere by Heidi Heilig  – In a book with a ship and maps at its core, The Girl from Everywhere’s story includes a great time travel concept  and complications (“you can’t go to a place where you already exist”), very interesting premise, angst ridden but engaging main character and first person narrative voice, great secondary characters and intra-character dynamics, including the one secondary character that exists only in memory, a plot that surprises, tension and pathos – the dad’s obsession and addiction, the otherwise spunky girl (actually teenage young woman’s) esteem issues, a legit love triangle, the fortunes of an entire country, philosophical ruminations (“paradise is a promise no god bothers to keep; there is only now”), the direction of one’s life, existence and possible non-existence hanging in the balance counterbalances the sometimes cheesy lines (“the deep water of his blue eyes”) and clichés (“lashes so long they brushed his cheek”) for a delightful read. Even though the action in the third act is sometimes lacking in clarity, as a reader I remained invested in the stakes because I was invested in the main character’s fortunes. This is my latest audio book read (two in one month) – I would say I’m getting the hang of this except I realized while listening to it that I had tried listening to it before and given up. So, progress, I guess; even with all the stops and rollbacks for things missed.  Because, and here’s the kicker with any book, I was interested in the story and invested in the outcome (and sufficiently off balance about what that outcome might be). The audio reader did a good job as well. Beyond the plot and characters, though, I was struck by the language, the descriptions (the morning after a first time on the beach, captured with restraint in the line “so I discovered that his lips were even sweeter than the orange”, as the day awakened “the sky lightened from the colour of stone to the soft purple of lavender blossoms then to the rich blue and orange of a gas flame”). Time travel aside the book also veers into cultural mythologies in unexpected ways; and asks big questions of both its characters and readers. I liked it. 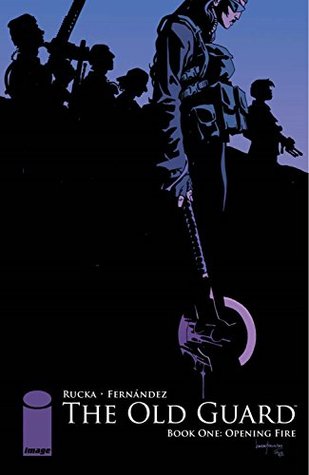 The Old Guard (graphic novel mini-series) by Greg Rucka (words) and Leandro Fernandez (art) – I sought out the first arc (Book One: Opening Fire) in this graphic novel series after watching the action-packed Netflix film starring Charlize Theron (as Andy), KiKi Layne (as Nile), Matthias Schoenaerts (as Book), Marwan Kenzari (as Joe), and Luca Marinelli (as Nicky) as a band of immortals. Directed by Gina Prince-Bythewood, The Old Guard was a cut-above the standard super hero fare (and I quite love super hero fare) in its handling of diversity (strong female leads, strong Black female co-lead, multi-ethnic supporting cast – which includes Chiwetel Ejiofor as one of the chief antagonists, each with agency and a character arc, a non-stereotypical gay relationship, centred, with one of the best love declarations you’ll hear in any film, including your favourite rom-com) while delivering the super-hero action beats and a solid plot and story overall. Plus, it was fun. Well, I learned after reading the original mini-series, which described itself as “a fairytale of blood and bullets”, that the movie, written by Rucka, is very loyal to the book (yes, book, as the mini-series is close to 190 pages) – Andy’s voice over narration, the plot (with some minor tweaks), a lot of the action beats (perhaps a bit tamer in the movie though there is the airline flight scene that’s not in the book which works very well in revealing character and foreshadowing a later plot device in the movie), much of the dialogue including the aforementioned love declaration (though, as much as it goes further than any other super hero film in terms of gay representation does clip one very lustful line and one has to ask why). That said, the movie and book are not carbon copies. Cut from the movie, for example, was one particular love arc of major character Andy and a former enslaved African, Achilles; an arc I want to see. The movie set it self up for a sequel so we might yet see these back stories. Meanwhile, they can be read in the book (as I look forward to reading the other mini-series). If you like the movie, you’ll like the comic – sorry, graphic novel…and the novel is very graphic, a lot more so than the movie. It deals with the same major theme as summed up, from the book, by Andy, “you remember feeling, but you don’t remember the feeling. That’s gone with time. Time takes everything.” Deep. I really like this series, the only thing that I didn’t like was the faces in the comic mostly; perhaps because of how much I liked the faces in the live action, especially Nicky who has such soulful eyes in the movie but seems like a nondescript rough heavy, visually, in the book. The art style works better in broader context; example, this beautiful image of Achilles bathing. 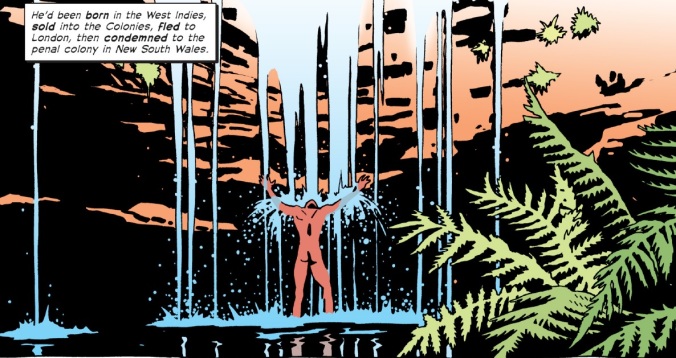 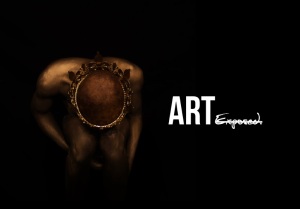 Art by A Being. Chavel Thomas “Dotkidchavy” – I got my hands on a ‘copy’ of this currently ‘out of print’ ebook after interviewing the author for my CREATIVE SPACE series.  It is a slim thick, only 27 pages, book of nudes with colour popping beautiful images; each model posed sensually without it in any way feeling crass or exploitative. The locations, the atmosphere, the image composition had me saying “oh wow” two times, laughing out loud at the juxtaposition of one naughtily framed image and captioning, and emitting one “ooooh”. Two standouts: the drama of a bath of white milkiness, in a  sea of red grass, and a dark skinned body in a sensual partially exposed sideview and the muted effect of a monochromatic palette of dark brown body, back view this time, framed in walls of mustard and other shades of brown. The book is cleanly organized – six chapters, The Garden of Vulnerability with its Eden-esque sensibility to the natural hues and hair in the final chapter Let if Grow, Let it Fro; and it is a feast for the eyes and the soul. Yes, the soul because seeing so many dark Black bodies, each catching a mood, each telling a story, each beautiful in its own way is soul-speak. The camera loves the dark skin it is caressing – which, as a dark skinned woman myself, isn’t something we feel often in a world that privileges Eurocentric standards of beauty. I even love that the artist left in some imperfections (stretchmarks) and made them beautiful. My only nitpick: the slash of colour occasionally used to cover up some of the exposed bits was occasionally distracting. There is one image in particular where the open sky, head thrown back, arms thrown out, and leg kicking pose suggest abandon but the slash across the nipples counteract that effect. The book had no credits that I could see but kudos to his hair and make up team for supreme work and to the models for daring; though when the photographer’s vision is so clear and the effect is so picture perfect who would say no?

Back to the Blogger on Books VIII 2020 main page