To my mind, there was no greater singer – and I am a fan of some of the greatest (including the aforementioned Whitney). Aretha Franklin was in a class by herself. Her passing comes at a challenging time but as she did in life, in death, her music lifts us up. I wanted to share my Aretha music collection (I’m talking cassettes and CDs). 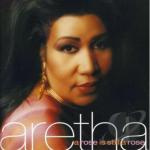 A Rose is Still a Rose – I love that Aretha always tapped in to what/who was hot (but as with when she covered someone’s song never felt like she was following but claimed the space she was in) – like when she worked with George Michael back when I was a kid hearing her for the first time, to the collaboration with Lauryn Hill, who was at peak Miseducation at this time, on the title track. 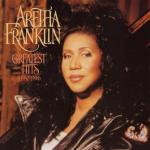 Aretha’s Best, 30 Greatest Hits, Aretha’s Greatest Hits 1980-1994, The Essential Aretha Franklin: the Columbia Years (I think that’s the order I got them in) – I do love a compilation album. My favourite of these was 30 Greatest because it captured her Atlantic years (which were her best years in my opinion) and the 1980-1994 Aretha which is the Aretha that I grew up on (the Arista years).

Aretha Live at Filmore West and Divas Live – I love a great live album too and the Filmore West one is one of the greatest and the Divas Live (the first one and the only one I ever bought) I only got because Aretha was on it.

And now just some of my favourite Aretha performances (there’s simply no way to have an absolute favourite). Video above, commentary below.

*video of Aretha singing Natural Woman live during the Kennedy Center Honors for Carole King, songwriter removed by YouTube due to copyright violation – but see if you can find it somewhere; it’s required viewing+listening*

Everything about this was drama – from Carole King’s effusive reactions to Obama’s tears to Aretha standing and throwing off the fur to the standing O (a legit standing O) to Viola Davis throwing up her hands at the end. Plus Aretha giving good voice as usual, and yet nothing usual about it.

One of my favourites from 1980s Freeway of Love Who’s Zooming Who Jumpin Jack Flash Aretha. Like the storytelling quality of it, the cheekiness of the line “just between you and me/he was the first one”, and that climb and climax you always hold your breath for in an Aretha Franklin song.


Given that a certain dotard summed her up on her passing as someone who worked for him on numerous occasions, it’s beautiful to be taken back to this moment of her singing a Broadway classic for a president who had the class to recognize that he was in the presence of greatness.
That a-capella bit; the things this woman was able to do with her voice.
Okay so when I first saw this I had no idea who the Rolling Stones were, so you could say Aretha introduced me to the Stones. My favourite part was how she drew out a one syllable word (gas) in to a multi-syllabic exultation.
Speaking of musical cross-fertilizations, Aretha reviving one of her classics in the Blues Brothers was everything. Still gives me goosebumps.

*video of Aretha singing Nessun Dorma live at the Grammys filling in live for Pavarotti, with next to no notice and prep, and killing it though some said she should stay in her lain as the Queen of Soul, removed by YouTube due to copyright violation; but if you get a chance, it’s a must see/must listen*

This right here, don’t put the Queen in a box. I remember this performance (remember I was nervous for her too because opera…as if opera could stump the Queen) and I have it thanks to the Women Who Rock 3-CD set.


Classic Aretha is Classic.
And what would have been for me new Aretha is now also classic. RIP George; loved them both on this.
This isn’t the performance of Chain of Fools I was looking for but it’ll do. I love what she does in the bridge on the original recording, how her vocal climb is almost like a ballerina walking effortlessly on her toes; a lot of vocalists when they do that climb things get screechy but with Aretha, in this performance especially, there are no theatrics just singing from an instrument that was at its purest.
It’s hard to pick one song from her Filmore West performance but I chose this one because she takes a frigging Beatles track and owns it before a rock audience and they love it.
Speaking of here’s Aretha’s take on Simon & Garfunkel’s Bridge over Troubled Waters…and as I’m writing that I’m thinking of Big Mama Thornton and Elvis Presley (Hound Dog) and Little Richard and Pat Boone (Tutti Frutti) and how many black singers saw their crossover dreams frustrated as white singers took their songs to the pop charts and here’s Aretha taking pop and rock giving it a soul baptism and still ruling the charts, and going on to become the first woman inducted in to the Rock ‘n Roll Hall of Fame. She was the Queen in so many ways.

Come on, now. Put some RESPECT on her name.
*video removed by YouTube for copyright violation. Not sure which one it was but the sentiment stands*